on nonlinear dynamics of hordes of people

Posted on 6 February 2018 by ecoquant

I spent a bit of last week at a symposium honoring the work of Charney and Lorenz in fluid dynamics. I am no serious student of fluid dynamics. I have a friend, Klaus, an engineer, who is, and makes a living at it. I admire the people who are, principally people I read and try to understand who publish technical work on atmospheric and climate dynamics, like Professor Ray Pierrehumbert, and regarding ocean dynamics, like Dr Emily Shuckburgh, or Professor Lenny Smith.

And, today, we had a dramatic drop in the markets of the United States, notably the DJIA, which has the world abuzz in speculation. The Economist, ever the sophisticate, ponders:

The swoon set tongues to wagging, about its cause and likely effect. There can be no knowing about the former. Markets may have worried that rising wages would crimp profits or trigger a faster pace of growth-squelching interest-rate increases, but a butterfly flapping its wings in Indonesia might just as well be to blame. There is little more certainty regarding the latter. Commentators have been quick to pull out the cliches: that “the stock market is not the economy”, and that “stocks have predicted nine out of the past five recessions”. These points have merit. A big move in stock prices can signify some change in economic fundamentals, but it can just as easily signify nothing at all. For those not invested in the market, or whose investments consist mostly of retirement savings plunked into index funds, Monday’s crash matters about as much as Sunday’s Super Bowl result. 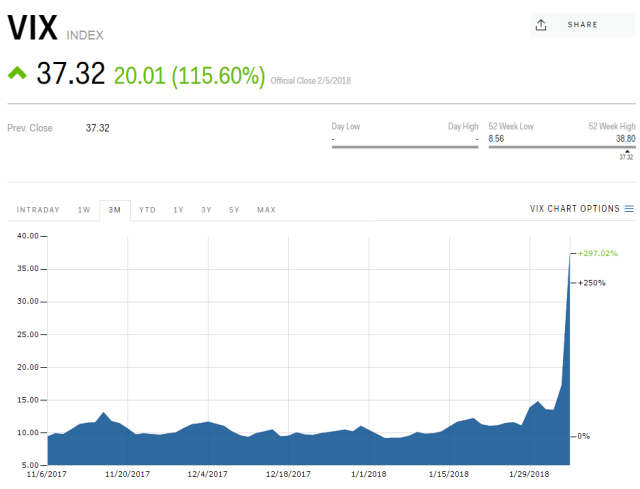 Ah, the “butterfly flapping its wings”, a Lorenz-inspired metaphor. Nevermind that the basic ideas of Lorenz in fluid dynamics were anticipated by many in other fields, much earlier, such as Poincaré. I don’t mean to diss Lorenz: Many fields require people to remind them of things they never noticed or forget: There’s Wilson in Geology with plate tectonics, and Efron in my own field of Statistics. 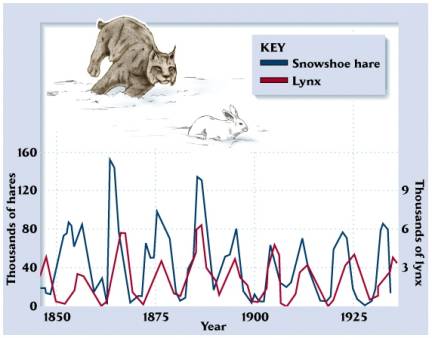 (Predator-prey systems of this Lotka-Volterra kind are coupled nonlinear differential equations which are capable of surprising their students.)
The point is that these are expressions of coupled systems of nonlinear differential equations. It is entirely within the nature and capacity of solutions of such system to surprise. And there is no causality in their expression (*). Indeed, in such a world, the very notion of causality is laughably quaint. (See J. D. Norton for more.)

So, people might struggle and strive to explain why the DJIA dropped precipitously at 1500 ET on 5 February 2018. Sure, the tie to 1500 ET is curious, but, other than that, there are unbounded numbers of reasons why it might, and why we will never and could never understand the impetus. And it necessarily follows that, if the initiation cannot be predicted or understood, the soothing words of analysts and sage traders that there is nothing to be seen here, from this, and, so, requires no action, cannot be considered as seriously as they might want them to be. Given the circumstances and the mechanism, who really knows? The nonlinear equations are what they are. Noone has a faithful simulation of them in their pocket.

(*) I remind the audience that I am no financial advisor or counsellor, and any actions taken — or not taken — as a result of my writings here are entirely the responsibility of the reader. Thanks.

1 Response to on nonlinear dynamics of hordes of people