On engaging with science denial

I have, over time, engaged with quite a few science deniers, primarily on the issue of abrupt climate change, its human origin, and options for curtailing it. Note I specify abrupt climate change because, while climate does change over the long eons of geological history, what is of interest to humanity is major change on the scale of generations of people. That rate of change is rare in geologic history, even if it has happened before.

I also engage with people who misrepresent renewables energy technology, principally wind and solar, but that matter is a concern for elsewhere. Readers of this blog have seen plenty of my opinion and writings about that.

Ironically, the job of dealing with climate and science deniers has gotten much easier of late, because, simply, they are so ridiculous and adamant, possibly because they feel empowered by the Ignoramus-in-Chief occupying the West Wing and his minions. 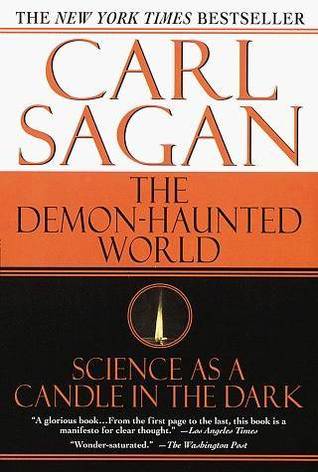 Second, denier opinions have then transformed to: (1) climate changes on its own over time, and this time is judge another one of those; (2) it is changing, but there is no credible evidence people have anything to do with it; (3) it is changing but it will be good for us; and (4), per Rex Tillerson, it is changing, and the change will do harm, but we need lots of (fossil fuel) energy, so we’ll just need to deal with it as “an engineering problem.” Whichever.

Third, there is the set of people who misdirect, claiming that none of the, in their words, so-called science can be trusted, because the outcome is the necessity of a “command economy,” and that is unacceptable, so the science cannot be true. Apart from the fact that this is a rhetorical fallacy called argumentum ad consequentiam, or “appeal to consequences,” it is not at all clear that a “command economy” is the proper tool for dealing with mitigating climate change. Steep carbon taxes seem to be favored by economists, and these are probably more efficient.

Fourth, recommendations by scientists regarding the urgency of mitigating climate change through emissions reductions have been ignored (in the United States) for fifty years. The United States and the world has continued to emit during that time. Indeed, emissions have greatly increased. Consequences of emissions are beginning to be felt. Our scientific understanding of the processes have been improved. Nevertheless, in the United States, in both major political parties, climate change and its consequences is not taken with the seriousness and severity it deserves to be taken. So, there are and will be consequences. Despite other serious problems posed by the Trump administration, it is unlikely a Clinton administration would have done anything seriously enough to achieve where the United States needs to go on climate change mitigation through emissions reduction, if only because she would have had a hostile Congress.

So, while I will point out facts about climate change to science deniers, and point out the costs of both inaction, and of trying to reverse the situation should they be wrong (*), in the end I declare something similar to the following:

You are doing the experiment, so it does not matter whether you believe the outcome will be one way or not. I know what the outcome will be, as do most scientists, but if you don’t accept it, that’s really not my problem. What is your problem is to consider that, if you are wrong, who will help you fix it, how will you fix it, and where will you get the astronomical sums of money needed to pay for the fix? If you shut down climate science, and funding for scientists, at NASA, EPA, and NOAA, and elsewhere, you’ll be pushing this talent and knowledge out of the country or into private industry. You’ll have no touchstone for where you are, and, if/when things begin to happen, you’ll not know why, or how to begin to address it, in the short term or the long term.

(The text below was updated with a footnote.)

So, I say, go ahead: I do not care. You’ll see soon enough what your denial of scientific reality will lead you. And, I’ll laugh and laugh at your loss of wealth, and the harm that will come to you and your children and your companies (**). And I’ll cry for the millions of innocents who are harmed by your folly and evil and greed, even if they had nothing to do with the cause. That’s okay: I am not a Christian or a theist. I am a physical materialist. I associate with a Unitarian Universalist congregation, which “Stands on the side of love,” but, as the Reverend Fred small says, loving sometimes means being justifiably very angry. Or, as Ralph Waldo Emerson wrote and spoke, “Your goodness must have some edge to it, — else it is none.”

Justice is not simply something that history arcs towards. It is written into the very fabric of the physical universe. And violations of balance, of sustainability, of fairness bring with them their own penalties. Natural justice will be seen. It will be violent. It will be overwhelming. It will be completely and entirely deserved.

So, go on. You bore me with your foolishness.

(*) And, no, there is no technology in the future that can improve this, even if it reduces the costs of removing CO2 from atmosphere by a thousand times, Mr Tillerson.

(**) (Update, 21st February 2017) When I have written “I’ll laugh and laugh at your loss of wealth, and the harm that will come to you and your children and your companies” elsewhere, I have been criticized for being heartless and too absorbed in this issue to have perspective, or be willing to discuss this. I feel I have plenty of justification for my attitude and remark, especially here, where I follow that with “I’ll cry for the millions of innocents who are harmed by your folly and evil and greed, even if they had nothing to do with the cause.” However, readers should know that, to people familiar with the scale of the excess energies involved, driven by the excess 4-5 W/m2 that atmospheric greenhouse gases are providing, should not underestimate the severity and scale of the threat. That position might be considered “alarmist” by some, but by some fraction of the scientists who know these matters, it is isn’t extreme enough, because the standard telling discounts innumerable feedbacks which each have the potential of amplifying forcing, and causing it to run away. There is a big feedback, well known, already: Water vapor. A warmer atmosphere holds more, and water vapor is itself an extremely potent greenhouse gas, even if it condenses when it reaches sufficient height and sufficiently low temperatures, unlike, for instance CO2

As for the “laugh and laugh” part, well before the Age of Trump, particularly during the Age of Tillerson at Exxon, when Exxon was (still?) funding climate denial, climate scientists were receiving death threats and threats against their families. A reader need only read the comments section at Amazon for Stephen Schneider’s Science as a Contact Sport: Inside the Battle to Save Earth’s Climate or especially Michael Mann’s The Hockey Stick and the Climate Wars: Dispatches from the Front Lines and the material in these books to see the level of hatred and violence and threat marshalled against normally mild-mannered, intellectual geophysicists and glaciologists. This is why the Climate Science Legal Defense Fund was founded.

When Trump was elected, I saw science deniers write comments about how all scientists having anything to do with climate research would be rounded p and convicted en masse of treason. At least I am only laughing. But readers and deniers should know that, as in the case of use of nuclear weapons, the primary segment of the population which will be hurt by all of this will be children. This is why James Hansen is so supportive of Our Children’s Trust. And all this, despite availability of easy-to-read and clear online documents detailing how this all was discovered and how long ago, or a history of the science.

I have considered this all a long time, and I am increasingly of the conviction that climate disruption as a concept not only challenges many Americans on economic and political grounds, that is, what they imagine will be needed to address the global problem were it, to them, real, but that they are running away from guilt. Embracing the reality and threat of climate change means their comfort and wealth is primarily the cause of the upcoming suffering and pain of the rest of the globe, and that is simply inconsistent with their world view and the view of themselves.

Unfortunately, however way you look at it, this is correct and true.

While I and my family have benefitted from all this as well, readers of this blog know that we are doing everything possible to rectify our hurt of the climate, from having a zero Carbon house, to selling our Disney Vacation Club membership because we cannot see flying for something as frivolous as vacation to be warranted, as well as having some concern about the near-to-mid-term value of those properties, primarily because of salt water intrusion in Florida. We campaign and push our neighbors, our towns, to work towards lowering their emissions — hopefully someday zeroing them. And we work to prepare them for the consequences of climate disruption which will be here sooner than many imagine.

It is my fervent hope that we can limit the damage to what we’ve bought into as of today. But we’ve known 50 years, certainly 20-30 years, and have, as a globe and as the American people, done very little. There is quite little to expect rationally. Sure, renewables will eventually dominate. But we are treading on Nature’s schedule, not the schedule of economies. And there is a chunk of climate damage committed to and is irreversible, with much, much more to come if we do not rapidly go to zero emissions.

It does not help when people frame climate science as some kind of political movement. And, if they do, I will, as I wrote, laugh at them when they personally suffer from their foolishness, for the same reason why one laughs at a schlemiel. (Think George Constanza.) Because those who do, are.

1 Response to On engaging with science denial