The Exxon Corporation (XOM) turned its back on its own evidence-based, scientific culture when it came to climate change. It’s a very sad story. There are now more parts available. 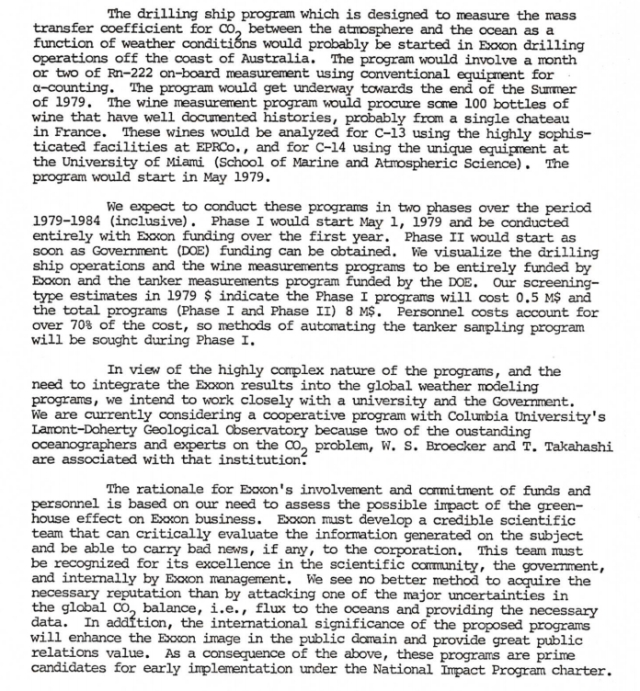 (The above letter is reproduced from The New York Times Dot-Earth blog which covers the same story, but then wanders off challenging the motivation and credentials of the Inside Climate folks who did the digging and help produce the program for Frontline. Sounds like sour grapes to me that the Times didn’t or couldn’t do this. 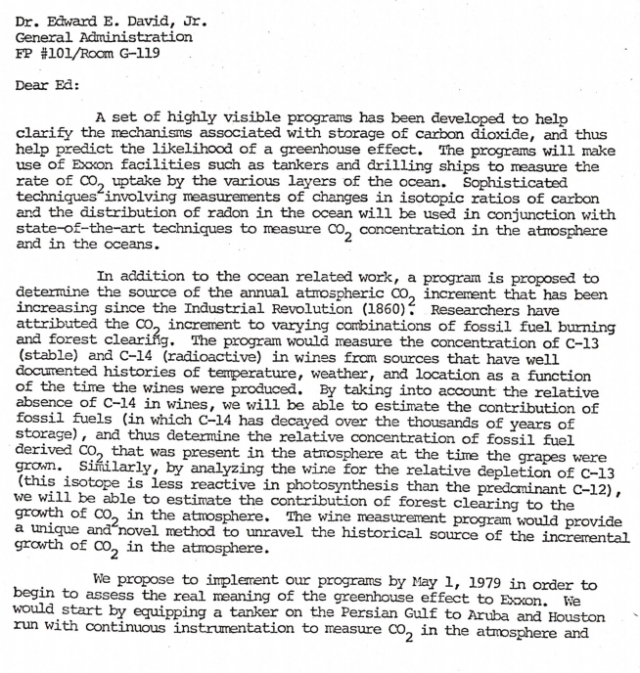 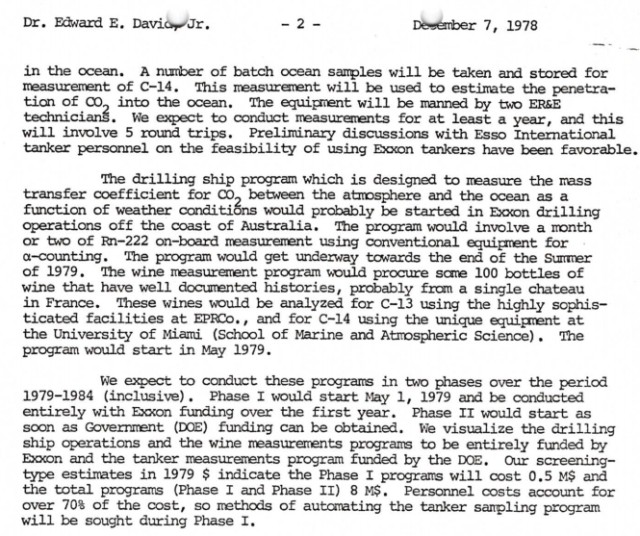 Bill McKibben weighs in on the matter, with a piece in The New Yorker.

Spotlight by the Green Man on Exxon’s Natuna gas field, or, as I prefer to say these days, the field of explosive methane.

The company was tracking the research closely. When two U.S. Geological Survey scientists estimated in Science magazine in 1979 that the carbon footprint from synfuels might be three to five times more than conventional fuels, ER&E climate researcher Henry Shaw wrote in a memo that the upper range “may alarm the public unjustifiably.”

As early as November, 1979, Shaw had told Harold Weinberg in a memo on atmospheric research that environmental groups “have already attempted to curb the budding synfuels industry because it could accelerate the buildup of CO2 in the atmosphere.” He warned Exxon not to be caught off guard, the way the aviation industry had been surprised by the threat to supersonic airplane development when the ozone hole was discovered.

In 1980, after attending a federal advisory committee meeting, Shaw explained why he didn’t think the carbon dioxide problem would block work on synfuels any time soon.

“I attended the last meeting of this committee on January 17 and 18, 1980, and found such a vast diversity of interests and backgrounds that I believe no imminent action is possible,” he wrote in a memo.

“For example, some environmentalists suggested that all development of synthetic fuels be terminated until sufficient information becomes available to permit adequate strategic decisions to be made. The industrial representation, on the other hand, indicated that the build up of CO2 in the atmosphere was not necessarily anthropogenic, and is of little consequence for the next century.”

But Shaw also circulated a clipping from The New York Times in August 1981, under the headline “Synthetic Fuels Called a Peril to the Atmosphere.”

In the article, the Associated Press quoted an economist named Lester Lave as testifying before Congress that “if we take CO2 seriously, we would change drastically the energy policy we are pursuing.”

As in so many other realms of its research, Exxon studied a potential future of synthetic fuels while recognizing that carbon dioxide could be a powerful factor in its business decisions for decades to come.

There is a Part 6, and possibly more. Part 6 is described as “Exxon embarks on a public campaign of climate denial that would last for decades.”

3 Responses to Exxon knew, in detail