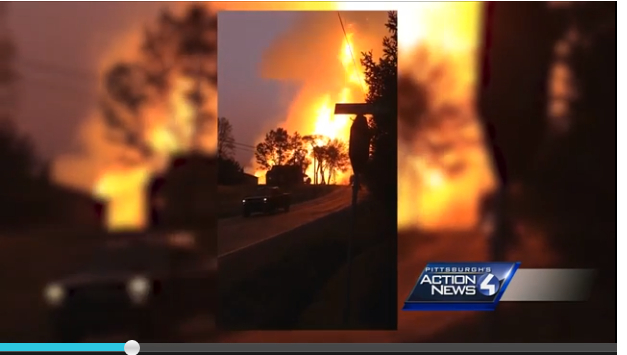 Additional great picture at Bloomberg‘s coverage of the explosion.

A 30 inch 36 inch transmission line. About the same size as is being put through West Roxbury and other places. Sure they are safe.

I remember a Spectra engineer at a Planning Commission meeting in the Town of Westwood, formally reviewing the proposal to pass a section of the West Roxbury Lateral through the Town. (Being Westwood, it passed without much opposition or question.) He said to my question, “We’ve been building pipelines for 50 years, and we know a damn bit more about them than you do.” In my encounters with Spectra Energy representatives, there, at the Westwood Conservation Commission, and in other prospective or actual forums, what they seem to know a “bit about” is being arrogant and condescending.

“We’re at the mercy of the Spectra Energy emergency response team.” That was local Fire Chief Bob Rosatti.

Asked if they had ever conducted practice drills with Spectra Energy, Chief Rosatti said “We conduct drills with the county, but we’ve never done drills with industry.”

From air video in vicinity of explosion.

I mentioned West Roxbury, MA in connection with the West Roxbury Lateral. But nearly any town in Massachusetts with explosive methane infrastructure shows serious leaks:

Courtesy of Ross M Donald, this link to a WPXU update on the explosion, and the recalcitrance of PHMSA, the federal agency in charge of explositve methane (*) pipeline safety to release details of safety inspections.

Incidently, as of 0928 EDT on Saturday, 30th April 2016, the PHMSA site is down, apparently overwhelmed by traffic coming to it by interested Americans. 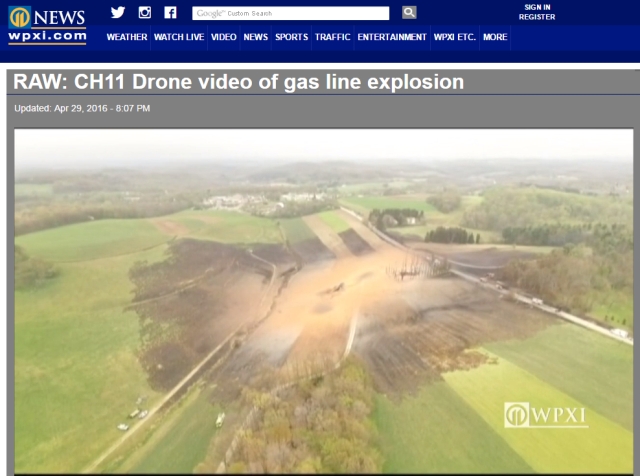 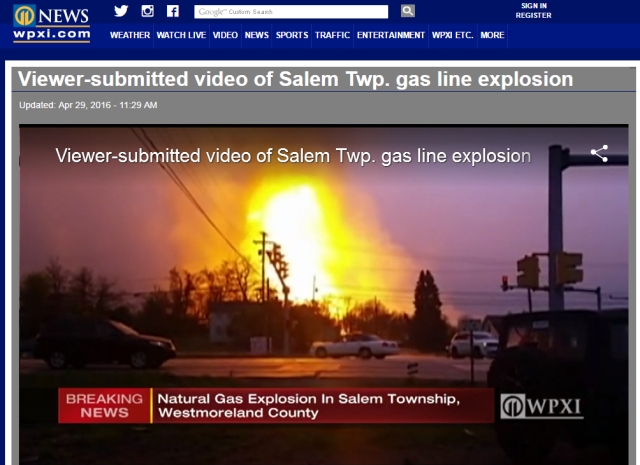