I have featured interviews with Professor Kevin Anderson before, one of the most direct and clear-minded authorities on the implications of continuing to drive climate change through fossil fuel emissions and a consumption-oriented Western lifestyle. 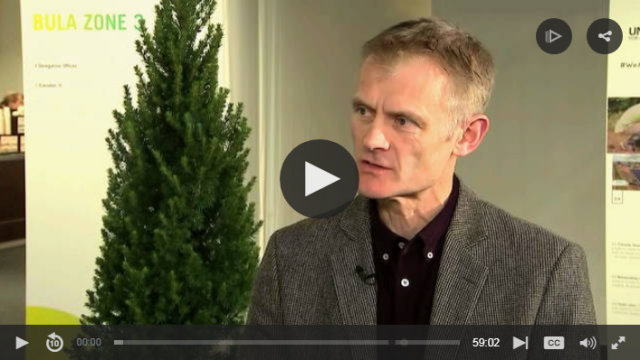 In November 2017, around the time of the COP23 meetings, he was interviewed by Amy Goodman on DEMOCRACY NOW!. Links to the two interviews are included below. This is a kind of end-of-2017 wrap-up, although I might fit in one more post.

Despite what some might think of Democracy Now!, they are one of the only major news organizations which has interviewed people like Professor Anderson and a personal hero, the late German lawmaker and solar energy revolutionary, Hermann Scheer. (Seriously consider reading the most important of Scheer’s book. I’ve written about him many times.)

By the way, Professor Kevin Anderson and Dr John Broderick of the Tyndall-Manchester Climate Change Research Center have recently produced a report titled Natural gas and climate change (17 October 2017) which is linked.