Sidney, NY: The lead example of how the USA will deal with future coastal and riverine flooding?

From Bloomberg, the story of Sidney, NY, not that far from where I used to live in Endicott, NY. 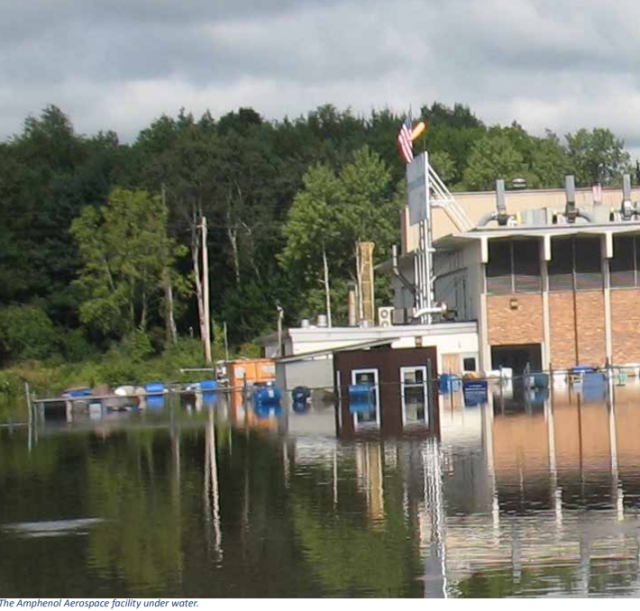 More than 400 homes and businesses ended up underwater in Sidney, affecting more than 2,000 people. It was months before Spry and her neighbors could move back in. It was also the second time in five years that the Susquehanna had wrecked half the village. People had just finished rebuilding. When Spry walked back into her soggy house, the street outside reeking with the rancid smell of garbage and fuel, she was hit first, she remembers, by the sight of her brand-new hardwood floor, completely buckled.

Spry didn’t want to rebuild again, and neither did local officials; everyone knew the river would keep flooding homes and businesses. So Sidney decided to try something else: It would use federal and state money to demolish Spry’s neighborhood while creating a new one away from the flood plain for displaced residents. Sidney would be on the forefront of U.S. disaster policy, a case study in what’s known as managed retreat—and the many ways it can go wrong.

Until recently, the guiding philosophy behind attempts to protect U.S. homes and cities against the effects of climate change was to build more defenses. Houses can be perched on stilts, surrounded by barriers, buttressed with stormproof windows and roofs. Neighborhoods can be buffered by seawalls for storm surges, levees for floods, firebreaks for wildfires. Defenses are an instinctive response for a species that’s evolved by taming the natural world.

But sometimes the natural world won’t be tamed. Or, more precisely, sometimes engineered solutions can no longer withstand the unrelenting force of more water, more rain, more fires, more wind. Within 20 years, says the Union of Concerned Scientists, 170 cities and towns along the U.S. coast will be “chronically inundated,” which the group defines as flooding of at least 10 percent of a land area, on average, twice a month. By the end of the century, that category will grow to include more than half of the communities along the Eastern Seaboard and Gulf Coast—and that’s if the rate of climate change doesn’t accelerate. In their less guarded moments, officials in charge of this country’s disaster programs have begun to acknowledge the previously unthinkable: Sometimes the only effective way to protect people from climate change is to give up. Let nature reclaim the land and move a neighborhood out of harm’s way while it still is one.