Has maintaining economic growth been worth it?

Posted on 1 September 2020 by ecoquant 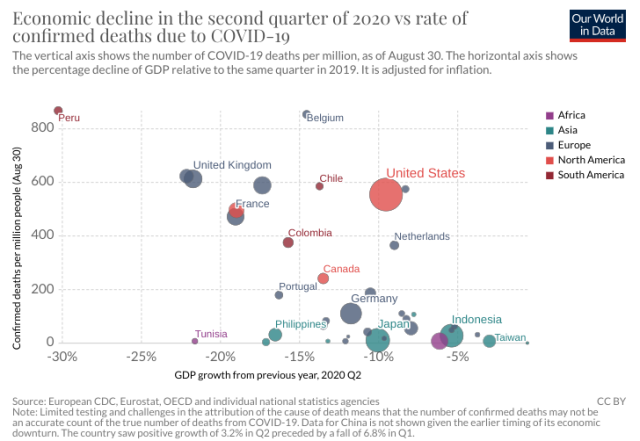 From Our World in Data article “No sign of a health-economy trade-off, quite the opposite“.

Have the countries experiencing the largest economic decline performed better in protecting the nation’s health, as we would expect if there was a trade-off?

The chart here shows the same GDP data along the horizontal axis. Along the vertical axis is the cumulative number of confirmed COVID-19 deaths per million people.

Contrary to the idea of a trade-off, we see that countries which suffered the most severe economic downturns – like Peru, Spain and the UK – are generally among the countries with the highest COVID-19 death rate.

And the reverse is also true: countries where the economic impact has been modest – like Taiwan, South Korea, and Lithuania – have also managed to keep the death rate low.

Clearly, many factors have affected the COVID-19 death rate and the shock to the economy beyond the policy decisions made by each government about how to control the spread of the virus. And the full impacts of the pandemic are yet to be seen. 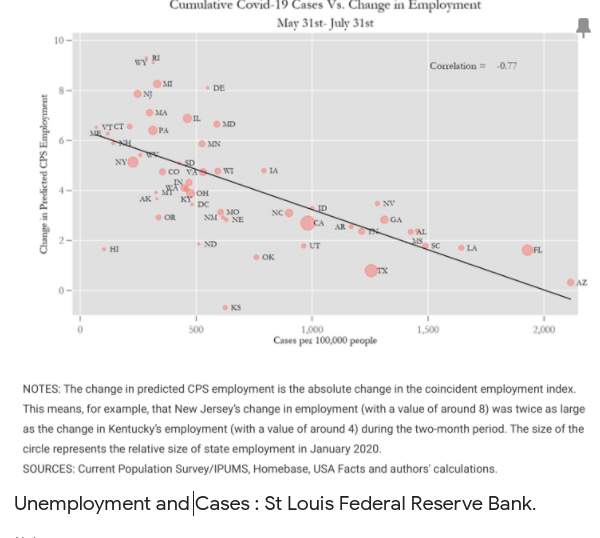