The Committee on Science, Space & Technology of the US House of Representatives conducts regular evidence hearings on various science topics. On Wednesday 29th March, there is a hearing on “Climate science: assumptions, policy implications, and the scientific method”. The following letter, summarising the scientific findings of Fyfe et al. (2016) and Karl et al. (2015), has been submitted as evidence to this hearing.

The broader context is that the Committee Chairman, Mr. Lamar Smith, has previously discussed the findings of Fyfe et al. (of which I was a co-author), claiming: “A new peer-reviewed study, published in the journal Nature, confirms the halt in global warming”. This statement is incorrect, and motivated the clarification on what Fyfe et al. actually says. 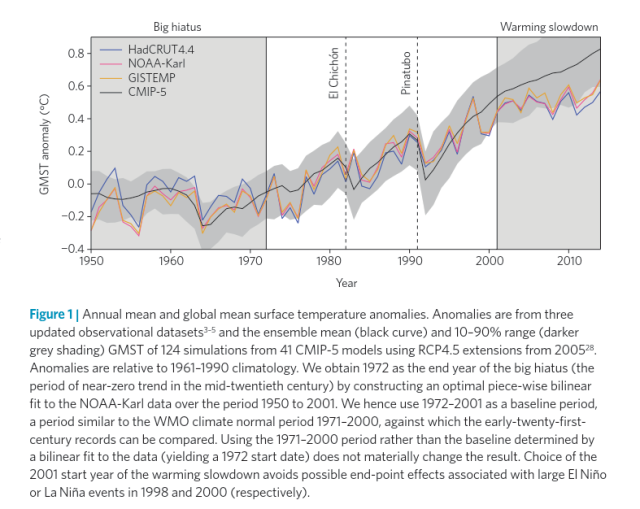